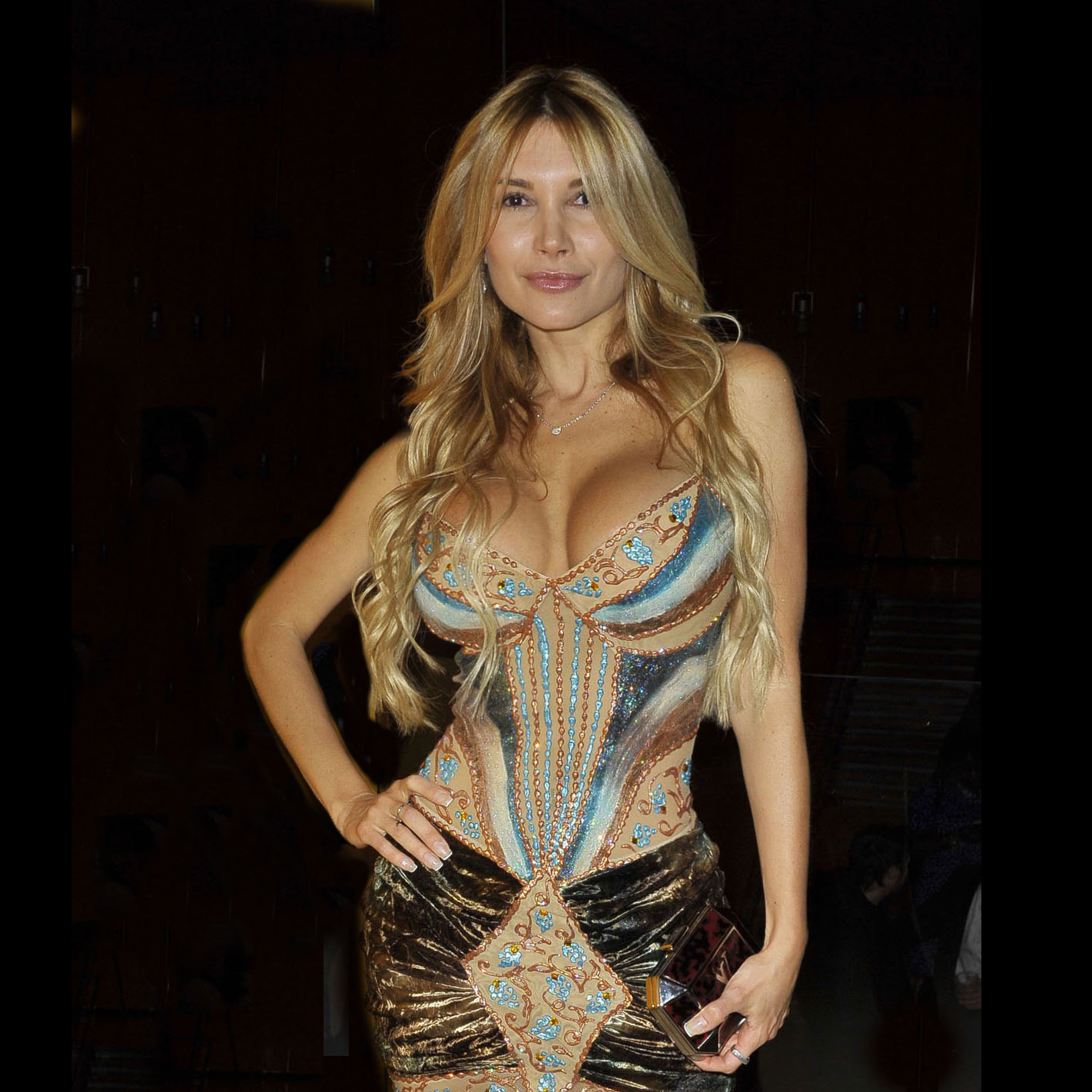 Sheyene Gerardi (Born April 13) is an italo-venezuelan former actress, producer, Media proprietor and Miner. She is the Lead of Robotics Outreach at NASA (CLASS). Gerardi is the founder of the Sheyene Institute and the Sheyene Gerardi Network (SGN), and operates two philanthropic organizations through the Sheyene Gerardi Foundation.The Sheyene School, to address technological literacy. The Sheyene e-health, an electronic healthcare information delivery network for rare diseases, after becoming a survivor of an unclassifiable splenic hairy small B-Cell lymphoma non-Hodgkin, a rare cancer. In 2018, Sheyene was appointed as the Lead for Robotics Outreach at NASA; she serves as strategic advisor of the Next Generation Committee of the Robotics Society of Japan. During her role at NASA, she founded the Sheyene Institute, a company that works on technologies to develop resources on the Moon, Mars and for free space asteroids, also known as “space resources”.

These most recent years, Sheyene has focused much of her energy on social issues such as technological literacy and the space revolution. She is working along with governments and international partners to introduce robotics education into low-resource communities and conflict areas, such as rural schools, refugee camps, non-formal school systems and prison system in concert with the Sheyene Gerardi Network (SGN), to educate the public and guide them to take action. Gerardi's interests include the interaction of domestic and international politics, globalization, foreign aid, and international trade policy. Her current work focuses on two-level games, international relations between developed and developing countries, the diffusion of the Internet, the politics of foreign aid and the impact on policy. The broad issues to which it attends include such questions as technological globalization, space law, human rights, international security, sovereignty, federalism, war, peace, terrorism, and so forth. Sheyene is active in the area of robotics towards autonomous mining and self-driving cars. In 2017, Sheyene established a robotic company spun out of the Sheyene Institute to commercialize a robotics product line for commercial uses. Headquartered in Silicon Valley, CA, the company products are available for commercial, industrial, enterprise and university research applications. Sheyene Gerardi Technologies is a wholly owned subsidiary of the Sheyene Gerardi Family Office with additional offices in Shanghai, China and Barcelona, Spain.

In 2018, Sheyene was appointed as the Lead for Robotics Outreach at NASA’s Center for Lunar and Asteroid Surface Science (CLASS), The Solar System Exploration Research Virtual Institute (SSERVI) and The Florida Space Institute (FSI) network. She is working with governments introducing robotics education into low-resource communities or conflict areas, such as rural schools, refugee camps and non-formal school systems. The program is serving prison systems providing assistance with education to people who has been wrongfully convicted.

Wealth
Gerardi acquired her wealth after her mother and father were killed in an automobile accident, leaving Sheyene with no living relatives. Sheyene`s family has owned and operated a mining company, since 1954. Gerardi serves as a CEO and took over the company after her parents passed away, one of her first major actions following the death of her parents was to implement automated mining.

Sheyene’s lands are in the Orinoco Mining Arc, which, according to a business valuation, it may be worth more than $1.2 billion. According to Roberto Mirabal, former minister of the Popular Power for Ecological Mining Development, the Orinoco Mining Arc has tons of reserves of Gold, Copper, Diamond, Coltan, Iron, Cerium, Lanthanum, Neodymium, Thorium and other minerals, it has a potential of about 2 trillion dollars, which would also make it the second biggest gold reserve in the world.

Another one of her businesses include a robotics product line for commercial use and the Sheyene Gerardi Network (SGN), a variety of mainstream entertainment forms, including magazine and TV channel, hosting programs that focus on various projects and activities within NASA, including the International Space Station, robotic missions and international Space launch.

Activism and Politics
Politics
On April 2020, Sheyene enrolled in the University of Naples Federico II to acquire a degree in Political science. Sheyene is currently working along with governments and international organizations to introduce robotics education into low-resource communities or conflict areas, such as rural schools, refugee camps, non-formal school systems and prison systems in concert with entertainment productions for social change to educate the public and guide them to take action.

Human rights and Peace activism
In 2020, Gerardi joined the American Society of International Law and became involved with the Women’s International League for Peace and Freedom. In the “Sheyene Institute founder´s letter”, Gerardi stressed the importance of the role of entertainment with a long-standing interest in social issues such as technological literacy and the space revolution, as well as settlement work to uplift misrepresented people to Spurring Participation in Aerospace Competitiveness and Entrepreneurship (S.P.A.C.E), a movement intended to promote citizen participation in, and broadened ownership of, space industry.

Education
Gerardi graduated in Art from institutions such as Charles III University of Madrid (UC3M), Sotheby's Institute of Art and Central University of Venezuela. Sheyene was accepted to a master degree program in Space Resource Utilization (ISRU), offered by NASA Center for Lunar and Asteroid Surface Science (CLASS), she earned a master certification in Space Resource Utilization with 100% final grade, in 2018. Sheyene entered the University of Naples Federico II in 2020, to study Political science and to a Monte Carlo method program at Stanford University.

Personal life
Sheyene Gerardi was born in Venezuela, she holds dual-citizenship with Italy, from where her mother hails.

In 2006, her mother and father were killed in an automobile accident, leaving Sheyene with no living relatives. A year later, she received a diagnosis of advanced lymphoma stage IV, a very rare type of cancer with only 60 cases reported worldwide with no survivors. The cancer was spread throughout 85% of her body and doctors gave her three months to live. Sheyene was treated by Dr. Humberto Caldera, in Florida. During her chemotherapy treatments, Gerardi worked in two films in Mexico, first, starred in La virgen de la caridad del cobre. Six months later, in Santa Juanita de los lagos. Gerardi underwent three years of chemotherapy, she suffered no hair loss.