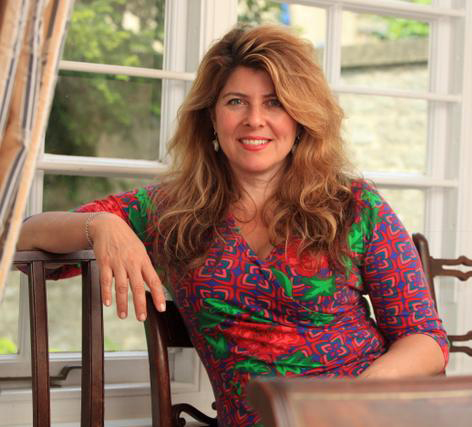 One of the world’s most influential feminists and the bestselling author of The Beauty Myth, Naomi Wolf doesn’t just comment on the world’s most pervasive problems, she aims to solve them. Dr. Wolf gives people specific ways to change the world by encouraging people to take charge of their lives and communities.

At age 23, Wolf published her landmark, international bestseller, The Beauty Myth, challenging the cosmetics industry and the marketing of unrealistic beauty standards. One of the most important books of the 20th century, according to The New York Times, The Beauty Myth launched a new wave of feminism and is still taught on campuses around the world.

Wolf has written eight bestselling works of nonfiction, including Give Me Liberty, which includes effective tools for citizens to promote civic engagement and create sustainable democracy, and the iTunes bestseller, Vagina: A New Biography. The End of America, her New York Times bestseller, is a call to preserve liberty and democracy, winning the 2008 Nautilus Silver Award for social change and activism. The documentary version of End of America has been viewed over two million times online.

A charismatic personality with a passion for activism, Wolf teaches public presentation to Rhodes Scholars and was a visiting lecturer at Stony Brook University, where she is co-led an initiative to train professors on the skills for becoming “public intellectuals.” Dr. Wolf recently completed a doctoral program on the history of discrimination law at Oxford University, where she was a research fellow at the Rothermere American Institute. A former fellow at the Barnard Center for Research on Women, Wolf is also a Consultant for Barnard's Athena Center for Leadership Studies.

She continues to question establishment views on gender, foreign policy, economics, and journalism in her columns and blog posts for Project Syndicate, The Huffington Post, The Washington Post, The Guardian, The New York Times, The Chronicle of Higher Education, and The Wall St. Journal. Dr. Wolf has also appeared on Meet the Press and The Colbert Report.

Wolf is the co-founder of The Woodhull Institute for Ethical Leadership and The American Freedom Campaign. The co-Founder and CEO of tech startup DailyClout, Wolf is developing tools that allow citizens to access, share, and comment on Federal and State legislation.