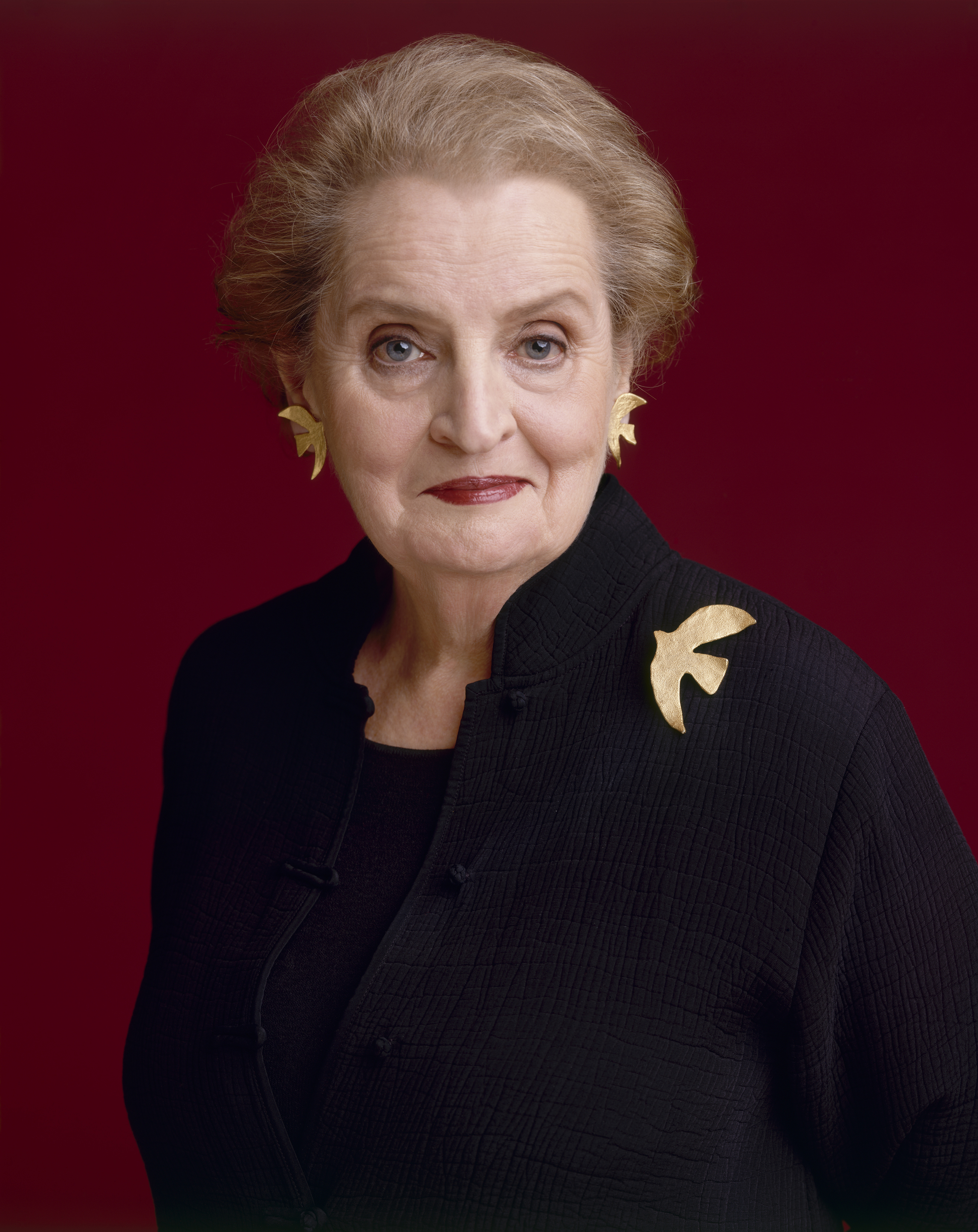 Madeleine K. Albright is Chair of Albright Stonebridge Group, a global strategy firm, and Chair of Albright Capital Management LLC, an investment advisory firm focused on emerging markets. She was the 64th Secretary of State of the United States. Dr. Albright received the Presidential Medal of Freedom, the nation’s highest civilian honor, from President Obama on May 29, 2012.

In 1997, Dr. Albright was named the first female Secretary of State and became, at that time, the highest ranking woman in the history of the U.S. government. As Secretary of State, Dr. Albright reinforced America’s alliances, advocated for democracy and human rights, and promoted American trade, business, labor, and environmental standards abroad. From 1993 to 1997, Dr. Albright served as the U.S. Permanent Representative to the United Nations and was a member of the President’s Cabinet. From 1989 to 1992, she served as President of the Center for National Policy. Previously, she was a member of President Jimmy Carter’s National Security Council and White House staff and served as Chief Legislative Assistant to U.S. Senator Edmund S. Muskie.

Dr. Albright is a Professor in the Practice of Diplomacy at the Georgetown University School of Foreign Service. She chairs the National Democratic Institute for International Affairs and serves as president of the Truman Scholarship Foundation. She serves on the U.S. Department of Defense’s Defense Policy Board, a group tasked with providing the Secretary of Defense with independent, informed advice and opinion concerning matters of defense policy. Dr. Albright also serves on the Boards of the Aspen Institute and the Center for American Progress. In 2009, Dr. Albright was asked by NATO Secretary General Anders Fogh Rasmussen to Chair a Group of Experts focused on developing NATO’s New Strategic Concept.

Dr. Albright is currently at work on a book, Fascism: A Warning, to be published in the spring of 2018. She is the author of five New York Times bestsellers: her autobiography, Madam Secretary: A Memoir (2003); The Mighty and the Almighty: Reflections on America, God, and World Affairs (2006); Memo to the President: How We Can Restore America's Reputation and Leadership (2008); Read My Pins: Stories from a Diplomat’s Jewel Box (2009); and Prague Winter: A Personal Story of Remembrance and War, 1937-1948 (2012).

Dr. Albright received a B.A. with Honors from Wellesley College, and Master’s and Doctorate degrees from Columbia University’s Department of Public Law and Government, as well as a Certificate from its Russian Institute.